Home / About Us / History

In the fall of 1787, Oliver Landon, a United Empire Loyalist, was the first settler to travel west by wagon through the bush from Montreal. The St Lawrence River provided transportation routes for goods and people at that time, but Mr. Landon braved the wilderness and brought his family to settle in this area.

By 1812, The Front Road, or The Kings Highway, now known as County Road #2, was well established as a stagecoach route from Montreal to Toronto. Stagecoach stops, or inns, were needed along the way to change up the horses, feed the passengers and house them for the night if needed. One of these inns, known as the McKelvey Inn, was situated at the present intersection of County Road #2 and Reynolds Road. This building still stands today.Around this inn, a community sprang to life, with a store, shoe maker, church and blacksmith. A school was built along County Road #2 in 1826, and a post office opened its doors in 1852. Lord Durham named this village Landsdowne (original spelling), in honour of his friend, The Marquis of Lansdowne, the Prime Minister of Great Britain from 1782-1783. The village name was eventually shortened to Lansdowne.

The Building of the Railway

The Grand Trunk Railway was gaining popularity as a means of transportation from Montreal in Lower Canada, to Toronto in Upper Canada. In October 1856, after the completion of the last section of the railway, the first trains to travel this route left Toronto and Montreal, taking about fourteen hours to complete their journeys. Stations were built along the way to support the demands of business and the range of the wood-burning locomotives.
With the coming of the railway in 1855, the residents of the village of Lansdowne realized that the era of the stagecoach and country inns was at an end. The village was literally picked up and moved about one mile north, to its present day location near the railway. Lansdowne Station was a regular stop for the trains until 1966.

In 1893, agriculture was an important use of the land and farmers were supported by approximately thirty businesses in Lansdowne. Under the jurisdiction of the Municipality of Front of Leeds & Lansdowne, a new Town Hall was built, along with a school and several churches. In 1864, the Lansdowne Agricultural Society was formed for the mutual benefit of the farmers, and a fair was held in October. Soon after, The Agricultural Society acquired property at the north end of the village and the fairs were held on the spacious grounds. 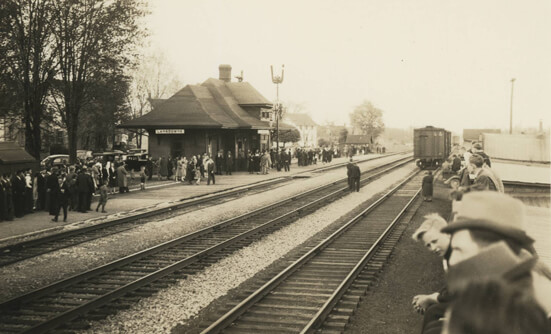 In 1896, the Lansdowne Butter and Cheese Factory was built just south of the railway, producing 1800 pounds of butter per week, most of which was shipped to Montreal. This building burned down in 1935, and was rebuilt in 1937 by the Lansdowne Dairy Association, operating until 1954. The building still stands near the present day medical centre. A new Community Building, housing the Municipal Office and Public Library was constructed, and opened in 1980. 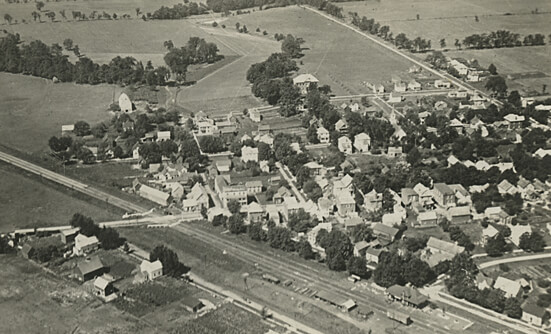 In 2001, the amalgamation of three municipalities, The Rear of Leeds & Lansdowne, The Front of Leeds & Lansdowne, and the Front of Escott formed the new Township of Leeds and the Thousand Islands. In 2010, a new Municipal Office Building and combined Public Works Garage and Fire Station were constructed at the north end of Lansdowne at 1233 Prince St. This new building centralized the offices of the municipality.

Lansdowne is still a bustling service hub to farmers in the area as well as to residents who live and work in surrounding communities. Businesses have come and gone, but for tourists who travel to the lakes north of the village, Lansdowne is a stopping point to procure necessary items to make their stay comfortable. Lansdowne was once named the “Gateway to the Northern Lakes”. Lansdowne remains a strong, active community with a relaxed, country style of living.

Lansdowne Association for Revitalization gratefully acknowledges the assistance of Bill Boulton, author of “Village Streets & Country Lanes – Then & Now: Lansdowne”, in preparing the article, “History of Lansdowne” for publication on this website. Bill was born and raised in Lansdowne, and returned “home” in his retirement from a teaching career in Ottawa. He is a founding member of the Leeds & Thousand Islands Historical Society. 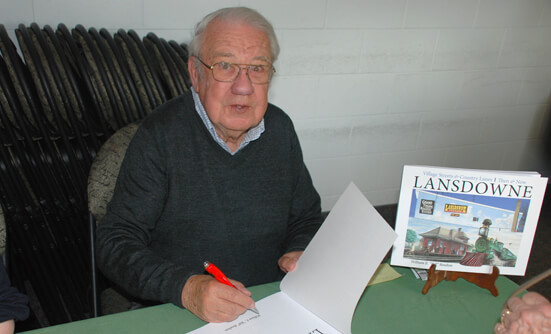